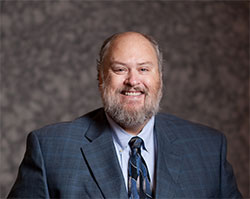 Professor Michael A. Olivas
Michael A. Olivas is the William B. Bates Distinguished Chair in Law (Emeritus) at the University of Houston Law Center and Director of the Institute for Higher Education Law and Governance at UH. He holds a B.A. (Magna Cum Laude) from the Pontifical College Josephinum, an M.A. and Ph.D. from the Ohio State University, and a J.D. from Georgetown University Law Center. In 2020, he retired after 38+ years of law teaching, and now resides in his Santa Fe, New Mexico hometown, where he writes and consults in education and immigration litigation. He is the author or co-author of sixteen books: a recent book (Suing Alma Mater) was published by Johns Hopkins University Press, on the subject of higher education and the U.S. Supreme Court. It was chosen as the 2014 winner of the Steven S. Goldberg Award for Distinguished Scholarship in Education Law, given annually by the Education Law Association â€œ in recognition of an outstanding article, book, book chapter, or other form of scholarly legal writing in the field of education law. His most recent work is Perchance to DREAM: A Legal and Political History of The DREAM Act and DACA (NYU Press, 2020). For 18 months in 2016-17, he served as Interim President of the University of Houston-Downtown, the second largest senior higher education institution in the City of Houston. In 2011, he served as President of the Association of American Law Schools. He has been elected to membership in the American Law Institute and the National Academy of Education, the only person to have been selected to both honor academies. He also has a regular radio show on the Albuquerque, NM, National Public Radio station KANW, "The Law of Rock and Roll," (TM) where he reviews legal developments in music and entertainment law, appearing as "The Rock and Roll Law Professor." (TM) law.uh.edu/faculty/main.asp?PID=31 www.lawofrockandroll.com
She's a good girl, crazy 'bout Elvis Tom Petty and the Heartbreakers